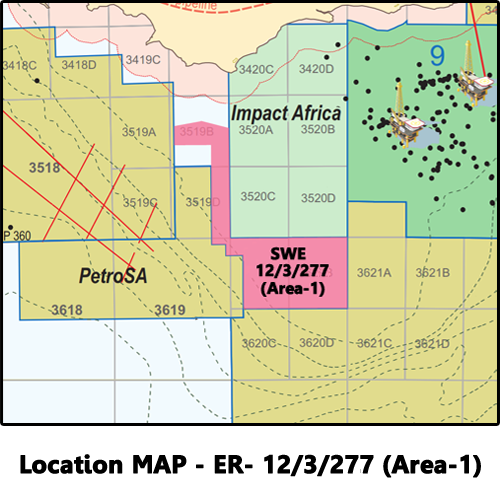 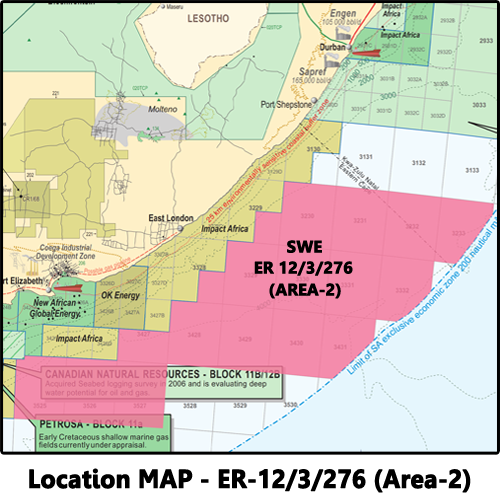 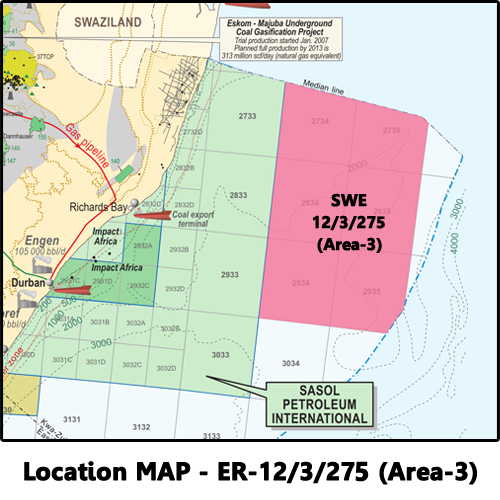 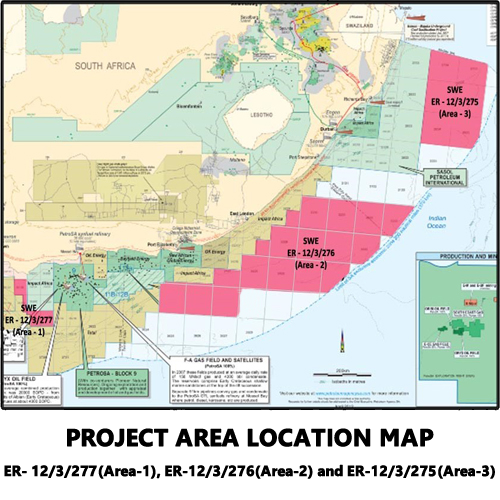 II. The main purpose of SWE company is to enter the Petroleum Exploration and Production (E&P) business inside Myanmar and foreign countries both onshore and offshore areas.

III. During the year 2006 and 2011, SWE Company entered the exploration and production business in Myanmar Rakhine offshore block. A-7 and onshore block B-2 in remote area of Chindwin Basin, upper Myanmar.

VI. In year 2008, SWE decided not to enter Exploration in block A-7 due no potential prospects were found after one year study period time.

VII. According to the PSC contract for Block B-2 work program and budget commitment SWE could acquire adequate 2D seismic lines (80 KM) and drill three medium wells with depth of 2000 M and five shallow wells with maximum depth of 300 M.

VIII. In view no commercial oil and gas shows were found in the above drilling wells, the block B-2 was relinquished on 9th September 2011. The budget expense for the exploration cost 24.4 Million US$ in block-2 was approved by the MOGE Finance Department as Petroleum Cost Recovery at that time.

IX. Later Brilliant Oil Corporation (Sister Co; of SWE) signed the PSC contract with MOGE for offshore blocks A5,A7, M15 and M16 on 20th January 2011. But the blocks were relinquished after study period due deep propects were found below 2000 meter water depth in the western area of the blocks.

X. In the year 2009 to 2013, SWE, joint venture with MEO Australia limited, signed the PSC contract with Australian Petroleum Authority for offshore Northern blocks: AC/P-50, AC/P-51 and AC/P-53 in the Bornapart Basin. These blocks were relinquished later in 2013.

South Africa Projects
XI. In December 2009, SWE Company was the first company to be awarded the Exploration Right Permit for four South Africa East Coast Offshore Blocks (2931C, 2931D, 2932A and 2932C) during the Forth Offshore Licensing Round of the Petroleum Agency of South Africa (PASA).

XII. In May 2011, SWE subsequently sold a majority interest in its acreage to Impact Oil and Gas following which Impact worked up data on these blocks and subsequently sold them to EXXON Mobil in January 2013.

XIV. After final TCP presentation of Offshore Blocks to PASA in December 2013, SWE was permitted Exploration Right for these Areas.

XV. After completion of environmental management Plan (EMP) and proof of public notification and consultation with interested and affected parties, SWE signed the Exploration Right Permit contract with PASA on 15th October 2015 in Cape Town under the terms of initial three years exploration years plus three Extensions with two years each.

XVII. During the second exploration year, SWE Management group visited UK for Business Trip during first and second weeks of April, 2017. During the trip, SWE discussed with PGS-UK company to check the data-library of lines in Area-1, Area-2 and Area-3 and discussed for the future Multi-client 2D seismic work program.

XVIII. On the next day, SWE discussed with CGG-UK Company for the existing 2D Multi-client seismic data in SWE Area-3 block and discussed for future Multi-client 2D seismic work program.

Silver Wave's ER-12/3/277 (Area 1)- 6750 sq.km acreage in the Western Bredasdorp Basin is situated within the prime area of interest and lies adjacent to proven oil and gas fields to the west and at least twenty prospects and leads to the south.

Silver Wave's ER-12/3/275 (Area 3)- 60250 sq.km acreage in the Durban and Zululand Basins is situated adjacent to structures with billions of barrels of upside hydrocarbon potential and due east of Silver Wave's highly prospective previous acreage which was recently acquired by Exxon Mobil. This acreage is also situated in the heart of the southern Mozambique Channel which has confirmed commercial discoveries to the north in Mozambique.

Collectively, Silver Wave holds highly prospective acreage that requires an to define prospects and leads within such acreage. 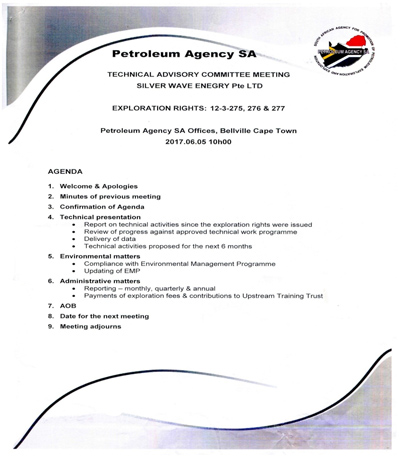 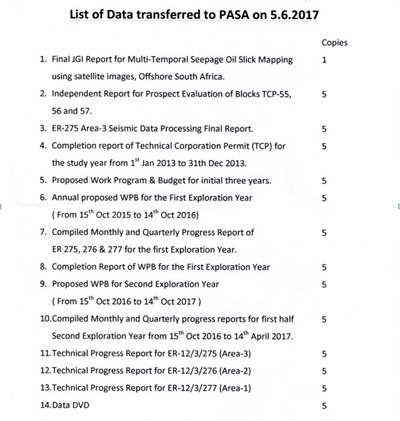 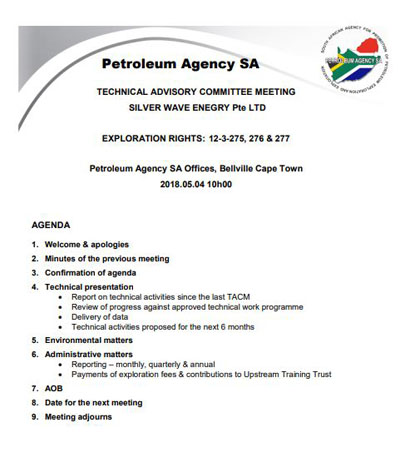